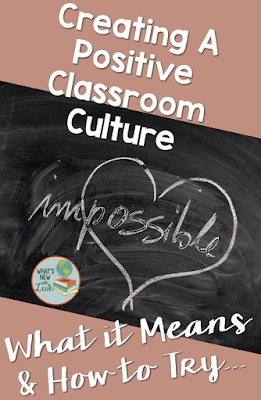 The first half year I taught, I did not smile. I did not suffer excuses. I frequently wrote students up. Granted, I walked into a unique situation. I’ve written about it before, so I won’t go into detail here, but suffice it to say that I took over classes mid-year in a troubled urban school after the teacher had been fired.

I did help bring order to chaos, and it felt good to have “succeeded,” but I was miserable. I’ve recently concluded that I was so miserable because I entered a culture of chaos that somebody else had created and instead of trying to reshape it into a positive culture, I simply managed the old culture to death. That was exhausting.

“Classroom Culture” has become an educational phrase du jour, on the menu right alongside “Growth Mindset,” “Flex-Grouping,” “1:1,” “Blended Learning,” “Differentiation,” and “Formative Assessment.”  In education, we often hear phrases thrown around without a lot of advice as to their practical implementation.

Merriam Webster defines culture (the kind we’re discussing) as “a way of thinking, behaving, or working that exists in a place or organization (such as a business).”

Merriam Webster defines positive (the kind we’re hoping for) as “thinking about the good qualities of someone or something: thinking that a good result will happen: hopeful or optimistic.”

So let’s talk implementing a positive classroom culture, one aspect of Webster’s definition at a time.

We should focus on our students’ good qualities. Everybody has them, and we need to find them. Even when they are misbehaving, we should not allow that to define who they are for us. We should address and have consequences for misbehavior, but we should always look for the positive in our students.

They should see that we are optimistic about who they are. On the first day of school, I have students fill out an index card. One of the things they put on it are their interests. I try to ask them about those interests and even bring them into lessons (usually tied into bellringers) and attend extra curricular events when I can.

Here are a couple of examples of how I’ve tied student interests into bellringers in a world history course:
– Classical Greece: A student mentioned she liked the Percy Jackson novels, so I showed a clip from the film and we discussed how it tied into the mythology we had been discussing. She was a quiet student but ended up leading that discussion.
– Middle Ages: I had a student who didn’t have much success in school but competed in archery tournaments explain a demo of the English Longbow that I had shown from YouTube as a bellringer.

Not every student feels good about our respective subjects. If we behave as if we know that they are more than a grade in our class, we are creating a positive culture for them.

I expect for my students to do the same. I am optimistic that if I take the work seriously and do my part, then so will the students.

When my son was three, I went to a talk on parenting led by child psychologist John Rosemond. One thing that he said really stood out to me.

He said that in his younger days, he used to tell parents, “If you do this or that, you will get positive results.”

He said that he wished he could take all of his “method” talk back. Equations for good behavior imply that the onus of good behavior is on the parent or teacher and it negates the reality of the child’s free will.

All the parent or teacher can do is model for the child and expect to be obeyed. If the child chooses to do wrong, there should be consequences, but no amount of consequences can ensure that a child will choose right.

And so it is with all of us (life, liberty, and all), and so it is in the classroom.

Well, no, they won’t. But that doesn’t mean that I can’t expect them to and model those behaviors for them. That is what creating a positive classroom culture is all about. Oh, and of course, have consequences in place. Consequences are very, very important.

But we should never expect those consequences to control. That is exhausting. And it moves the onus of the students’ behavior onto us. That’s not where it belongs, and there’s nothing positive about that. 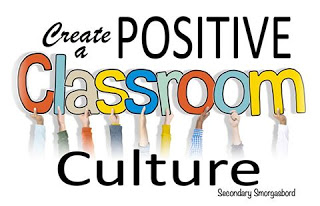 Want more insight into creating a positive classroom culture? I know I do! Check out these other posts on the same topic from other classroom teachers.

Thanks to Desktop Learning Adventures and ELA Buffet for hosting! 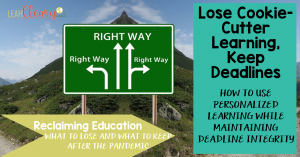 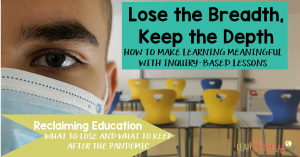 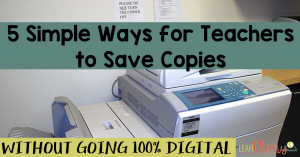