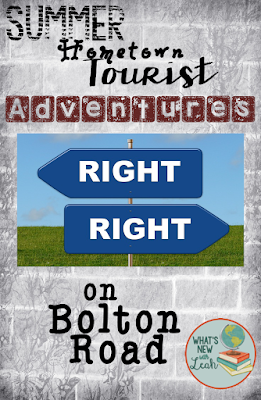 Ah, Robert Burns, I know what you meant by “The best laid schemes!” On Saturday, my son and I were supposed to venture 15 minutes north of Atlanta, to the Marietta Square, to take a civil war walking tour. It turned into a tour of Bolton Road instead.

Now, before I begin with the account of our journey, let me say that I know this will make me seem, um, not smart. And technologically backwards. And–not smart.

Yes, I have a smart phone. No, I did not know how to utilize the google maps app. My husband has since taught me. To make matters worse, our first destination was my parents’ house (the one I was raised in) to meet my aunt for the tour.

I have never had an overly keen sense of direction. I have been lost on countless occasions. I actually used to kind of enjoy it back when gas was only $0.89 a gallon. I like to drive aimlessly and see new things.

But I hadn’t done something like that in years, and my son had never seen this side of me.

“I don’t think you know where you are,” he kept saying from the back seat.

I turned a 45 minute drive into a two and a half hour expedition. We have all kinds of tourist attractions planned this summer, and you can read about last week’s tour of Atlanta’s Oakland Cemetery HERE. But this week, I’m afraid you’ll have to settle for…

If you are not familiar with Bolton Road, it is part of a “no return access” exit off of I-285 (the Atlanta Bypass that circles the perimeter of the city). I chose 285 to save time. Going straight through Atlanta on a Saturday with events going on can be a traffic nightmare.
So, we were cruising along at the speed limit on 285, without a care in the world, when one exit down from my parent’s exit, traffic stopped. It didn’t just slow–it abruptly halted. Roadwork. 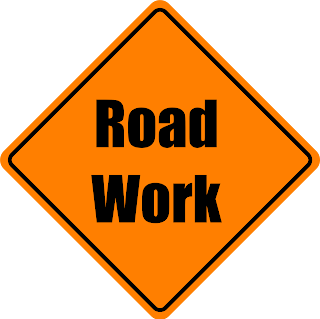 So, I did as instructed, but when I exited, no sign saying “This Way to Mableton.” Eeny, meeny, miny, moe–Right it is.

But that was wrong, so I turned back around, fell into a couple of more mishaps, including passing Bolton Road two more times, when I finally saw the sign, “This Way To Mableton.” So I turned right onto Fulton Industrial Boulevard, again, but from the opposite direction.

I hit Jesse-something-or-another-Parkway, turned the correct way this time. In no time at all, it became South Cobb Drive, and I was in familiar territory.

We missed our civil war tour, but I am now very familiar with the Bolton Road area in Atlanta, and I learned that my son has a fair amount of patience, but he has (understandably) lost faith in his mother’s sense of direction.

Next week, I will be writing about our trip to the Coke Museum, which we should make, as I now know how to use google maps.

Have you had a similar experience? If so, let me know in the comments. If not, and you think I’m a complete idiot, pretend like the comments do not exist.